MuseumArnhemVR.nl is a virtual experience I worked in for Museum Arnhem. I was responsible for technical and interactive side of this project. I also worked on the building and environment and realizing the visual style of the experience. The virtual museum can be enjoyed from your browser (in the window below) or at the museum itself from a virtual reality headset. The surfaces of the architecture in the museum are always changing based on where your mouse is. The patterns and textures are inspired by riso print.

Visit museumarnhemvr.nl to experience it for yourself. You can look around by holding down you mouse button and moving your mouse. Click on the ground and you will move to that position.

For this project we had to figure out how we would animate the patterns on the walls and floors. Eventually we used simple black and white animation frames which got picked randomly and recolored with colors from two color palettes.

To save space, the animation frames for the buildings where combined in single textures (one per building). By color coding them they can easily be read by a custom shader. They where also tiled so even more frames could fit in a singe (squere) texture.

The final combined textures have the extra benefit of looking very nice. 😀

Custom shaders where very important for this project. They where used for ‘animating’ the patterns, but they where also used to get the style we wanted. We were inspired by riso prints and the way they use noise to create gradients (see left).

In the experience we used the custom shaders to combine (baked) lighting, patterns and noise to create surfaces which look interesting from far away as well as from close by.

The bink cafe is a virtual museum where every month a new collaborative exhibition is organized. The artist Marie Bink invites artist with different backgrounds working from various disciplines. What they all have in common is that they have a passionate story to tell.

Visit bink.cafe to experience the museum for yourself. Click on the door to go inside the cafe. By holding down you mouse button and moving your mouse you can look around. Click on the ground to move to that position. Click on people, radios and paintings for special interactions. Press F (or the cat) to enter fullscreen (and escape to exit fullscreen).

Marie Bink already had the idea of a virtual museum in her head for some time before she came to me. At our first meeting she brought this sketches of what she would like to accomplish.

One of the main things we wanted to figure out for this project was how to make it easy for her to change the placement of artworks without needing to learn Unity. It would also have been a hassle to have to build and upload the Unity project every time we wanted to make a new expo.

In the end we decided to work with a json file which described where all the artworks where hanging, what everybody was saying, which radio made what sound, how many floors the lighthouse has and much more. Changes in the file could almost instantly be seen in the experience itself, creating a very fast feedback loop.

simplified excerpt of the json file:

Another important goal we had was to keep everything in the experience in Marie’s own drawing style. For the final look we used multiple techniques to achieve the final look. Like the inverted hull technique for the stairs and the bar. The other lines on the walls come from a texture. 2D billboards for the objects and most of the characters. And a special kind of billboard for Bonk (see image to the right).

I was the first artist who could show their work in the virtual museum. The exhibition was temporary but here are some screenshots from when it was still online. 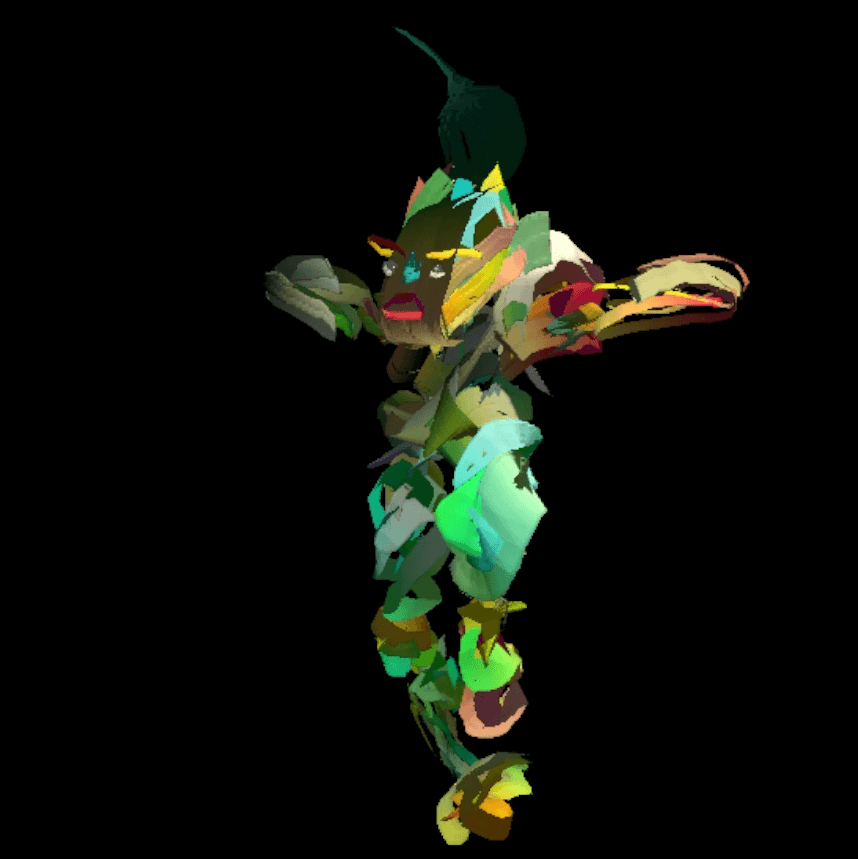 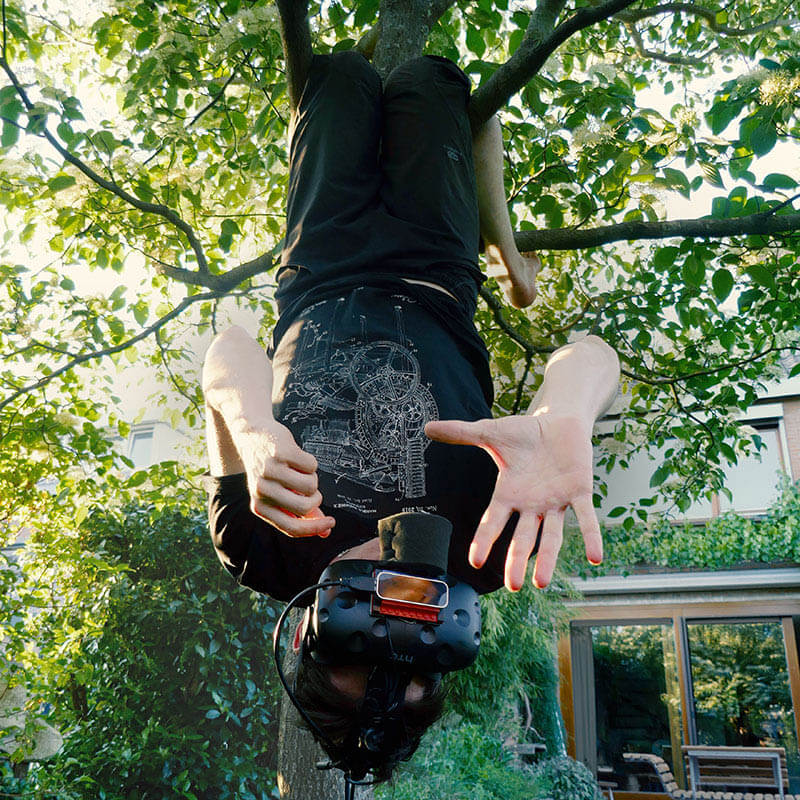 rLung is the Tibetan word for both breath as for wind. There is a strong connection between ourselves and our environment. In this VR experience the normally invisible world of rLung is made visible for you to explore this connection by sensing your environment with your breath. 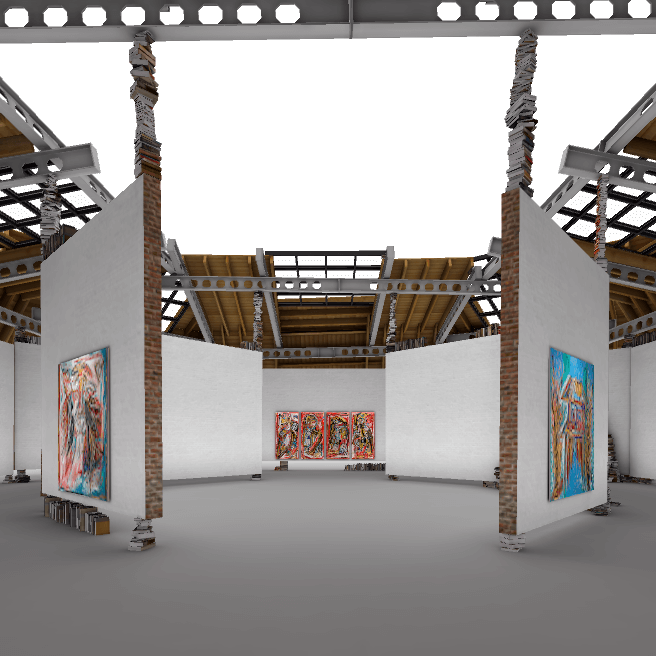 A VR exposition made for the Dutch artist Peter Riezebos. In this experience you van view 14 of his paintings. Exhibited in a space inspired by the former library of Hardewijk, now the studio of Peter Riezebos.

The goal for this project was to create a space consisting of recognizable elements from the original library. With this building blocks a new space could be created that felt like it could fall over at any moment. With walls and roofs that are supported by wobbly piles of books.To achieve this custom software wasdeveloped with which you could stack the building blocks by hand in VR. 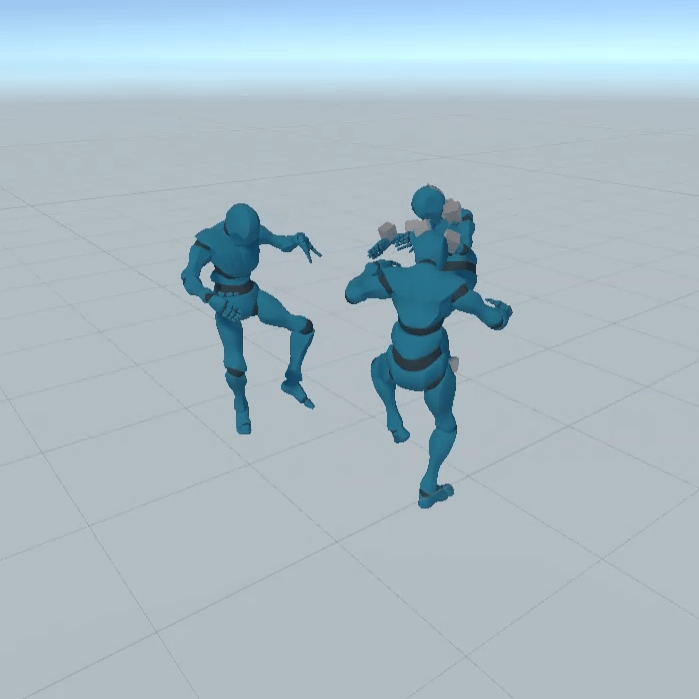 With motion controllers and full-body motion capture it is possible to translate your physical movements to a virtual avatar. How this avatar looks like and behaves doesn’t have to be limited to the rules of the physical world. 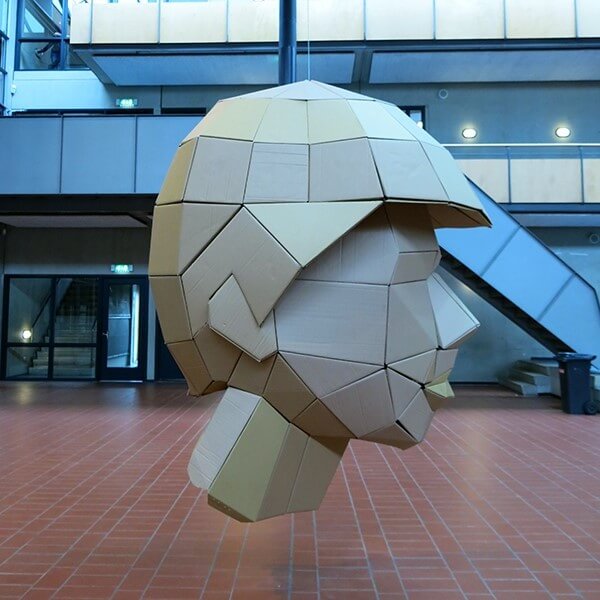 In my last year of secondary school I made a self-portrait. I asked if it would be oké if I made a giant head and it was, so I did.

In this seminar I learned the basics of the animation program TVpaint and about 2D animation. In the end we all had to make a little animation as part of a video but we had time to experiment too.

2 voor 12 is a tv quiz show. Every episode 2 animations are shown explaining a question. This animations are made by HKU students. I got the chance to make such an animation.

In the second year of IMT you make a music video. This process is split in two parts: making a concept and making the actual videoclip. I worked on the concept and the prototypes with Stijn Aa. This video shows our process for creating the concept.